Corey Chamblin is an ex NFL player turned entrepreneur. He’s played for teams such as the Denver Broncos, Jacksonville Jaguars and Green Bay Packers followed by coaching stints with NFL Europe and the Canadian Football League. Now he is turning that experience into a career platform. He is about to launch a new social network geared towards athletes and coaches and he’ll give employers the chance to hire them too.

In a few short weeks he and his his team will unveil GameDay Connections. (www.GamedayConnections.com) According to Corey, “Coaches and athletes invest an enormous amount of time in building camaraderie and competing to win on the field but many experience losses off the field due to the lack of opportunity in building quality connections outside their team or sport.”

Gameday Connections will be a hub where coaches and athletes who share the same experience, can strengthen and build their professional network with one another. The ultimate goal: advance their careers on and off the field. “We also thought it would be a good idea to connect members with recruiters looking to hire people with leadership and team oriented skills learned through sports”, Chamblin added.

I asked Corey what makes athletes make good employees. He said that employers should consider hiring current or former athletes because of their ability to;

For Recruiters, they will be able to;

For Coaches and Athletes, the site will provide them with several ways to connect and engage. Features will include the ability to; 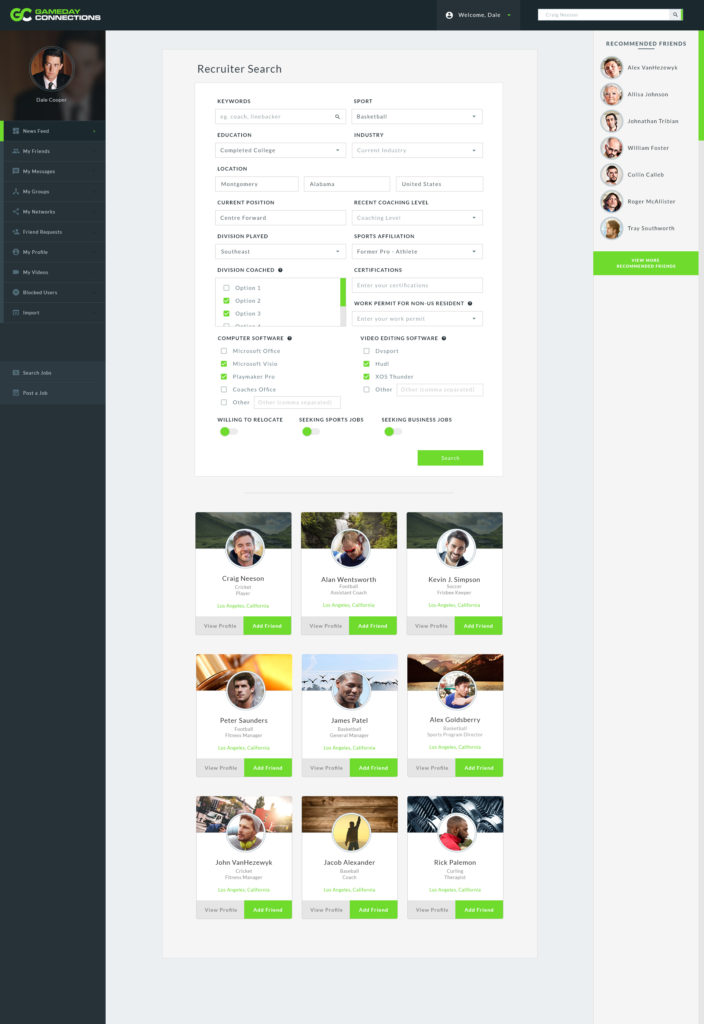 Watch for it soon. Gameday Connections launches in early September. Get alerted to their launch by subscribing here. The company is based in Gilbert, AZ.

Founder Profile: Corey Chamblin is a former NFL player for the Jacksonville Jaguars who also had stops with Baltimore Ravens, Green Bay Packers, Tampa Buccaneers, Denver Broncos, Rhein Fire and Indianapolis Colts. Corey has won championships as an assistant coach with the 2006 Frankfurt Galaxy of the NFL Europe and the 2008 Calgary stampeders of the Canadian Football League. He won the 101st CFL Grey Cup as the Head Coach of the Saskatchewan Roughriders while being named 2013 CFL Coach of the Year.