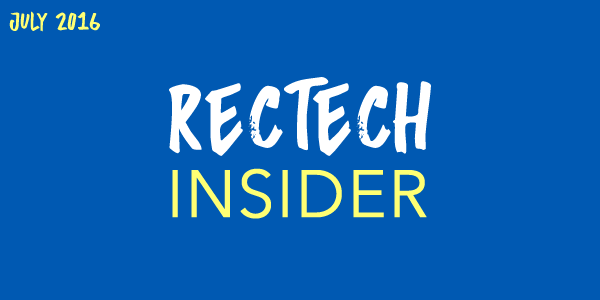 Hope your 4th of July weekend was festive and full of cheer. Here’s a roundup of recruiting technology that made news in the past 30 days.

2. SmartRecruiters nabs 30 million in funding. Congrats to Jerome Ternyck and crew. As a past client of SR I really like what they are doing in the ATS space. Th arms race for applicant tracking just ramped up again with this new round of funding.

3. Crowded raises 3.3. Million. Getting ready to assist workers in the Gig economy.

4. Lystable is your company’s one-stop-shop for onboarding, managing, communicating with, and paying for your external workforce. They just received $11 million in funding and are out to move hq to san fran

5. Snagajob buys People Matter. Hourly job board company is ramping up its portfolio of features.

7. Beamery raises 2 million in funding. based in London, formerly know as Seed.jobs

9. Microsoft bought LI, here are the three reasons why. Also they apparently shopped around the company to other suitors like Oracle and Facebook.

10. Monster buys Jobr app – Grabbing Jobr gets Monster a better and more visible position in the App Store, which is critical in today’s mobile-centric world.

11. Indeed’s mobile job search app poised to take the top spot from Linkedin….LinkedIn is currently the biggest job and networking related mobile app in the United States but Indeed Job Search is snapping at its heels according to a new report