Delaware legalized medical marijuana in 2011, opening the door for patients with certain chronic illnesses to use cannabis for treatment. Unfortunately, the statute failed to address a wide variety of employment issues, including the impact of medical marijuana on workers’ compensation law. 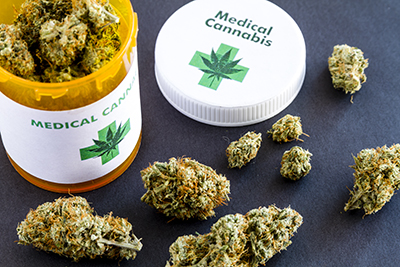 The Delaware Industrial Accident Board (IAB), the agency responsible for processing workers’ comp claims, recently provided the first guidance on whether employers may be required to pay for an injured employee’s medical marijuana.

A Decision Sure to Light Employers Up

Kalix v. Giles & Ransome, IAB #1280555 (July 10, 2017), is the first workers’ comp case to address whether an employer may be required to provide financial coverage for medical marijuana as a treatment for chronic pain. The IAB awarded approximately $22,000 in medical marijuana dispensary costs.

“Felix” sustained an occupational injury that prompted multiple back surgeries, none of which were successful. He ultimately received a diagnosis of “failed back syndrome.” “Dr. Smith,” a local pain management doctor, prescribed medical marijuana with no specific limits on dosage. The workers’ comp insurance carrier denied the treatment and related charges, and Felix filed a petition to compel payment with the IAB.

In a situation that renders this matter less than ideal for a test case, both the defense’s medical expert and the treating doctor endorsed medical marijuana as a reasonable modality to address unfettered chronic pain. Thus, the IAB hearing focused on the cost of the treatment as opposed to whether the treatment should be deemed reasonable and necessary. The $22,000 charge represented 1 year of marijuana, and the prescribing doctor conducted no follow-up or medical monitoring during that time frame.

In awarding the $22,000 charge to be assessed against the workers’ comp insurance carrier, the IAB recognized that as long as medical marijuana is not subject to the Delaware Workers’ Compensation Fee Schedule (as most medical treatment modalities are), it has no basis to arbitrarily knock down exorbitant charges.

There was harsh criticism of Dr. Smith’s failure to monitor Felix or place parameters on the amount of marijuana obtained. The IAB agreed with the employer’s expert that following an initial period of adjustment to determine the proper strain and dosage, Felix should have been subjected to regular drug testing and pain management follow-up office visits, as he would have been with any other treatment modality.

The Delaware Workers’ Compensation Fee Schedule Committee will address the cost issue in the near future and will hopefully adopt cost-containment measures for medical marijuana. Whether medical marijuana is formally introduced to the Health Care Practice Guidelines for Chronic Pain remains to be seen, but we expect it will be.

That said, it is worth noting that this case did not involve a dispute over the propriety of the treatment, but rather its cost. Had the medical experts not agreed on the issue of reasonable and necessary treatment, the IAB’s deliberations no doubt would have taken a different turn.

Medical marijuana is not going away. Unfortunately, the burden of addressing all issues not tackled in the Delaware Medical Marijuana Act falls to employers. Without additional legislative guidance, it appears that Delaware employers may be required to pay for medical marijuana if it is prescribed to employees injured on the job. However, this case is currently being appealed to the Delaware Superior Court, so things may yet change. Stay tuned!

Cassandra Roberts, contributor to Delaware Employment Law Letter, can be reached at croberts@ycst.com.