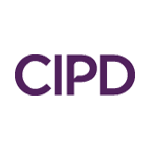 The end of free movement of people from the EU will damage UK businesses and public service delivery unless post-Brexit immigration policies take account of the need for both skilled and unskilled labour from the EU. This is a key message in new research from the CIPD, the professional body for HR and people development, and the National Institute of Economic and Social Research (NIESR).

It also calls on businesses to broaden their recruitment and people development strategies to ensure they are doing all they can to attract and develop UK born workers, and highlights the need for significant changes to Government skills policy.

The research, Facing the future: tackling labour and skills shortages post-Brexit, analyses employers’ perspectives on migration restrictions following the end of free movement and is based on a survey of more than 1,000 organisations, employer focus groups held around the UK and in-depth interviews with HR leaders.

Peter Cheese, Chief Executive of the CIPD, commented: “Access to skilled and un-skilled labour is a huge concern for employers. If the Government does not provide a straightforward, flexible and affordable immigration system for EU nationals post Brexit, as set out in our recommendations, significant numbers of employers are likely to face real skill shortages which may hold back their growth and performance.

“With the Brexit negotiations starting this week, there is still little clarity on the immigration system that the UK will adopt after Brexit. An overly blinkered approach focused on simply cutting immigration to tens of thousands and focusing only on high skilled employees could leave employers high and dry, especially those who rely more on EU migrants to fill low-skilled jobs. The Government must therefore consult far more widely about their plans and invite employers to play a key role in shaping the future of UK immigration policy to ensure it works for businesses and the economy.

“Our research also suggests that while Brexit will encourage some employers to work harder to recruit local candidates and people from under-represented groups in the UK, many employers are already working to build links with schools, provide apprenticeships and invest in training and yet are unable to find the skills and people they need.”

The qualitative research from the focus groups and case study interviews reveals many employers have difficulty attracting sufficient UK nationals to work in low paid and low-skilled jobs particularly where hours are anti-social or the work environment challenging – especially in regions such as the East Midlands and South West of England.  This is despite offering higher pay and investing in the skills of the workforce in some cases.  However employers in low paid sectors such as retail and hospitality are more likely to report they employ EU migrants because they have lower expectations around pay and employment conditions (15%) than the all employer average in the survey (7%).

Gerwyn Davies, labour market adviser at the CIPD added: “The report concludes there is a strong need for employers to be able to continue to recruit unskilled labour from the EU where they are unable to recruit locally and have shown they have made all reasonable efforts to recruit from within the UK. Any efforts to hinder this will hinder business growth.”

Some employers participating in the CIPD/NIESR research have already take action to widen their recruitment channels to boost employment from different groups in the labour market and raise pay in response to migration restrictions, especially in sectors such as retail where the proportion of EU nationals in low-skilled roles is relatively high.

However, there is considerable scepticism among some employers over whether efforts to attract a wider range of UK candidates will prove sufficient, particularly among organisations in sectors such as food manufacturing, hospitality and care which have historically relied significantly on migrant workers.

Heather Rolfe, Associate Research Director at NIESR stated that: “Our research adds further weight to evidence that employers don’t recruit EU migrants in preference to British workers, but because they attract too few British applicants. Ideally, many employers would like to recruit more young people but working in a meat factory or a care home is not top of the list for school leavers now, and never has been.”

”It would be very unwise indeed for the Government to end free movement without putting in place new policies which enable employers to meet their needs for lower skilled labour. Our key sectors and services will suffer damage if policies to replace free movement are introduced in haste and are costly, complex and bureaucratic.”

The report recommends that future immigration policy to replace free movement must be: