Over the holiday weekend, Facebook launched a new version of their mobile app. As soon as I saw it I immediately went to the new Marketplace icon located on your bottom menu bar. And there it was…

Facebook has ever so slowly begun giving the job section more real estate in its platform. Up until now you had to go to Facebook.com/jobs to see and search listings. But now they have a permanent/prominent role in the mobile app. They are also integrated with Google Jobs. As of today the jobs are heavily skewed towards lower level positions. But as traffic builds that will certainly change.

Desktop Facebook still does not list jobs in the marketplace. But my guess is they will roll it out by end of year if not sooner. Once they do, Facebook Jobs is destined to become a powerful force in online recruiting. It could also mark the beginning of the end for Craigslist as the go to destination for classifieds. 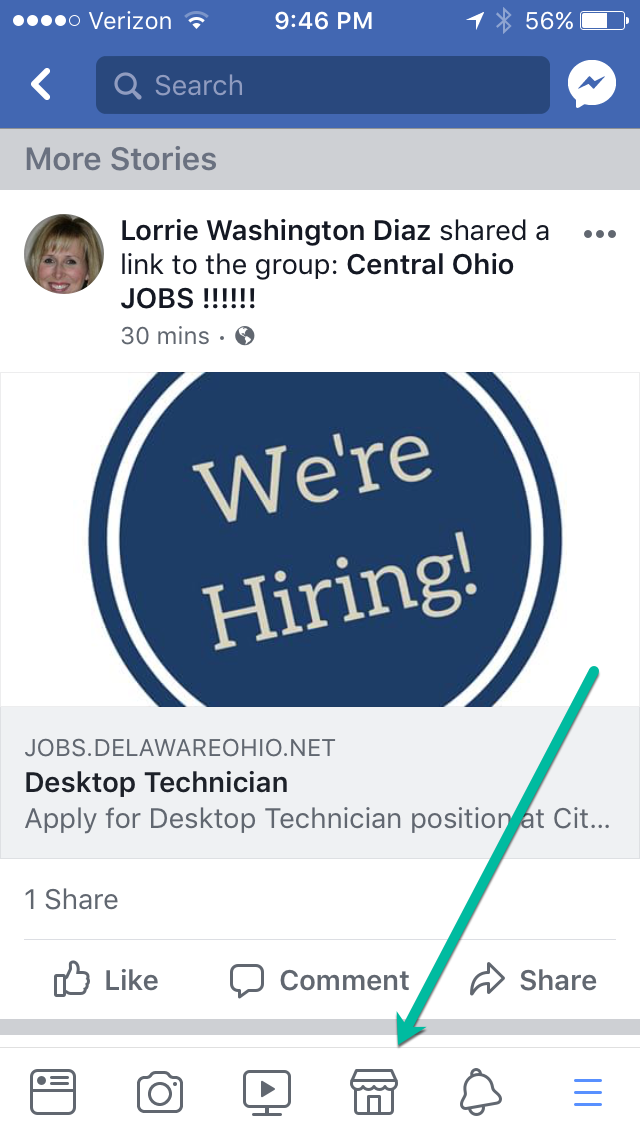 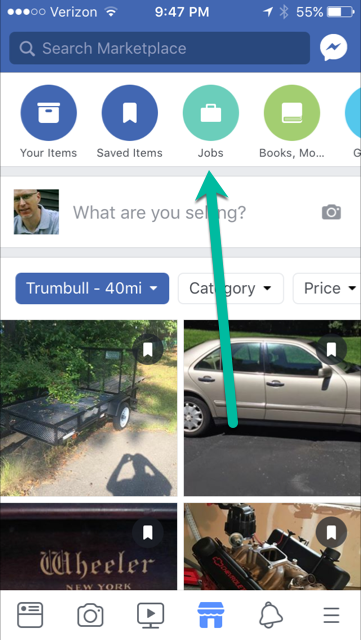 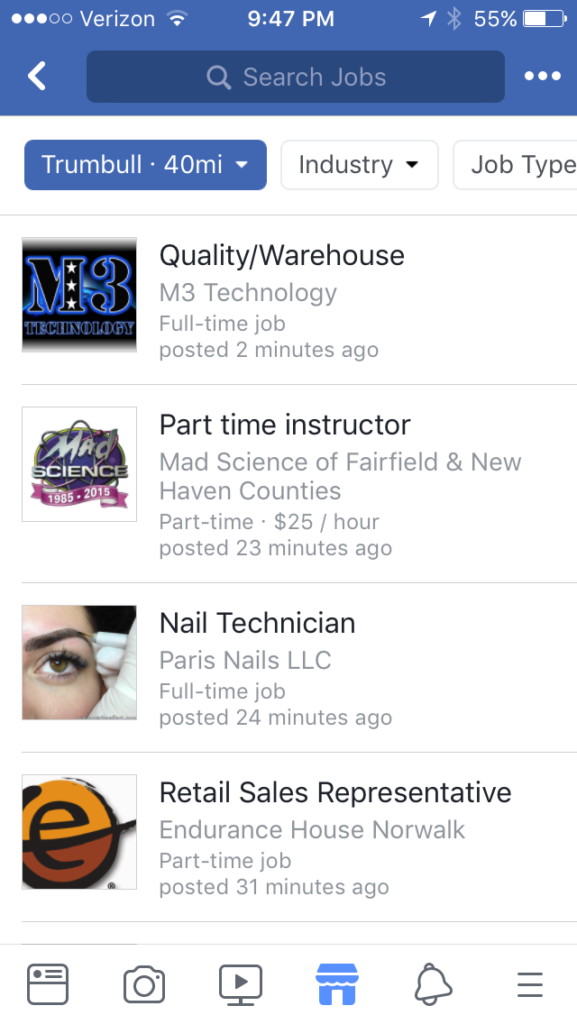