Addison Group, a leading provider of professional staffing services, today released the second round of results of its fourth annual Workplace Survey. The survey aims to better understand what attracts candidates to new positions, employee job satisfaction, career goals and professional values. The second round of results revealed that it may be time for businesses to course-correct on what job seekers want – despite recent trends, it’s less about perks and culture, and more about the mainstays of career pathing and professional growth.

“Each year we put out the Workplace Survey to gauge how employees, specifically, candidates and job seekers, view their careers, and we’re always fascinated by the results” said Tom Moran, CEO of Addison Group. “Workplace sentiments are in constant flux, and this year, it seems that job seekers have reoriented their focus squarely on the more transactional elements of the workplace – gaining new skills, career pathing, and overall professional development. To hire and retain the best talent, we need to understand as an industry how to accommodate this desire.”

With a bullish economy, salaries on the rise and a tight market for talent, the actively employed have a loose grip on their current jobs and are less concerned with remaining employed and more concerned with getting ahead and making more money. 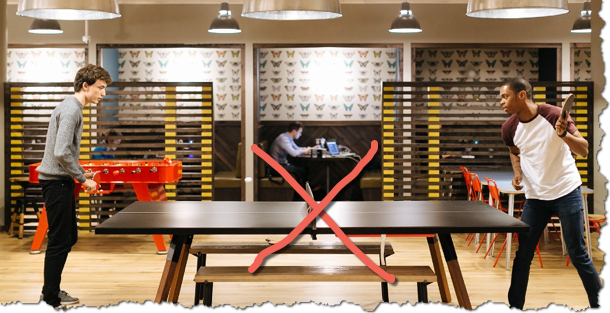 Findings from the survey indicate that job seekers today are more concerned about career opportunities than a fully-stocked kitchen or in-office arcade. Job seekers are leaving positions in search of new challenges, value skills much more than personality, and don’t care much for office perks.

“Frequent job-hopping has become the norm in today’s employment market,” said Moran. “The survey shows that candidates are as career-oriented as ever, with the desire to challenge themselves at work, and put in the extra hours to advance.”

Given the heads-down attitude of respondents, it wasn’t a surprise that the survey found that 7 out of 10 active job seekers still report being satisfied at work. Of course, when breaking this sentiment further, non-job seekers are almost 25 percent (22%) more satisfied with their career path than active job seekers. One of the most notable gaps in workplace attitudes between these two groups, however, was whether they found deeper purpose in their work.

“We operate in a candidate’s market, which means job seekers can be more demanding about what they want out of their next role,” said Moran. “People want career fulfillment, and it’s not surprising that younger job seekers are more bullish on making a move to achieve their goal. They often have greater personal flexibility to accommodate those career pathing jumps.”

Neither active nor passive job seekers are just going to jump to anything, which is where the power of the candidate’s market is more evident. Job seekers value salary, followed by employer loyalty and office location, as the most important factors in a new position.

“Salary remains vital when it comes to retaining and attracting candidates, while bad managers might not push away employees as much as previously thought,” said Moran. “Based on our respondents’ sentiments, it seems that today’s job market is less about staying and building something at a company, and much more about building a career for yourself.”

When it comes to career pathing, the survey showed that the three major generations that make up the workforce, Baby Boomers, Generation Xers, and Millennials, are all happy with their progression. However, confidence and sentiment toward their jobs and employers varied significantly.

It’s worth noting that more than half of Boomers and Gen Xers think they’ll have to retire at an age older than their parents, compared to 30 percent of Millennials. So, while the majority of employees overall are happy in their careers, anxiety remains over career path and retirement.

“Employers should no longer be in the stage of figuring out Millennials in the workforce. Millennials are the workforce,” said Moran. “Our research shows also that while they see the most potential for themselves, they still are anxious about their future – this means they are always looking for the next opportunity.”

Addison Group commissioned a 20-minute online survey among a nationally representative sample of 1,000 full-time and part-time U.S. employees in white collar positions. The margin of error for this sample is +/-3.01 at the 95% confidence level. Conducted by Edelman Intelligence, a full-service consumer research firm, the survey was fielded on April 18, 2017, and April 19, 2017. As a member of CASRO in good standing, Edelman Intelligence conducts all research in accordance with Market Research Standards and Guidelines.