As I entered the bar at the Falls Church Marriott the night before #RecruitDC, I could tell it was going to be a great show. A cadre of old friends were there. Pete Radloff greeted me with a big bear hug and I wondered if the empty bottle of Troublemaker wine was a sign of things to come. 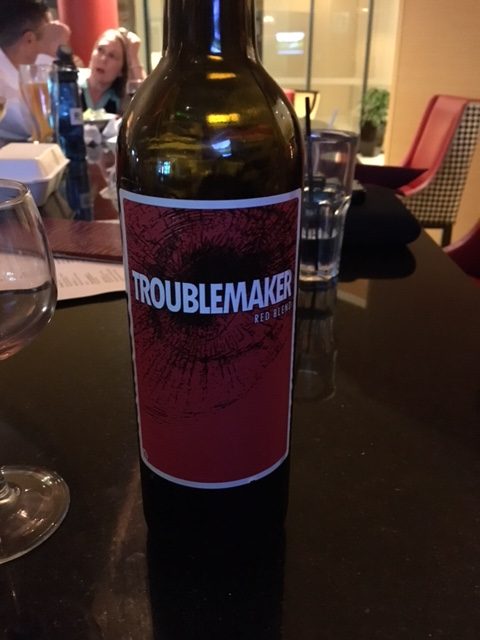 As it turned out the only trouble came at the airport in form of cancelled flights or the lack of Wifi. Poor Audra Knight, who spoke about personal marketing for recruiters, left for a 9pm flight to Boston only to have it cancelled. She would be forced to stay another night. By the time I got to Reagan National on Friday I found her at the Legal Seafood awaiting her rescheduled flight to Hartford. She would have to drive to Boston from there to retrieve her car. Not fun.

Aside from the travel challenges most of had a great time at another sold out event in the DMV. Most of the recruiters in the room were technical recruiters. I wondered secretly how they all compete against each other from the same tight talent pool. Must be challenging.

I spoke with a Raytheon recruiter who was having trouble convincing candidates to relocate to Hawaii of all places. The cost of living is a barrier to her recruiting efforts. I also met a recent grad, Katie Jones, who took a job as a sourcer after college. It was good to see the next generation there in learning mode.

The RecruitDC team also made an announcement. They launched their own job board for DC area recruiters. Check it out.

I attended 4 sessions throughout the day, here are my take-aways from those talks.

Charney @mattcharney did the closing keynote

I collected a handful of business cards and the most creative one I got was from Jackie Shu. She put a boolean string on the front. Sounds like someone you should hire! 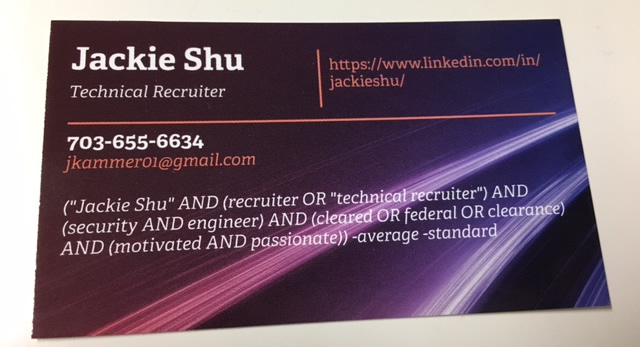 The Fall version of RecruitDC will take December 7th in Bethesda, Maryland. Early bird tickets are just $75 for one of the best values on the recruiting conference circuit.

My pictures from the event can be found on the RH Facebook page. Special thanks to Alex/Trevor from Get Talent for dinner, Maria Murphy for the ride and Jesse Sanchez from The Muse.

About a dozen of us took the after party to a few area restaurants where the conversations and cocktails flowed til midnight. Another #RecruitDC was over.