LinkedIn has plans to reboot its groups and reintegrate them into the main newsfeed. It was announced via email this morning.

As part of the new moves, the standalone LinkedIn Groups iOS app will be discontinued. Here’s a preview of what that will look like. 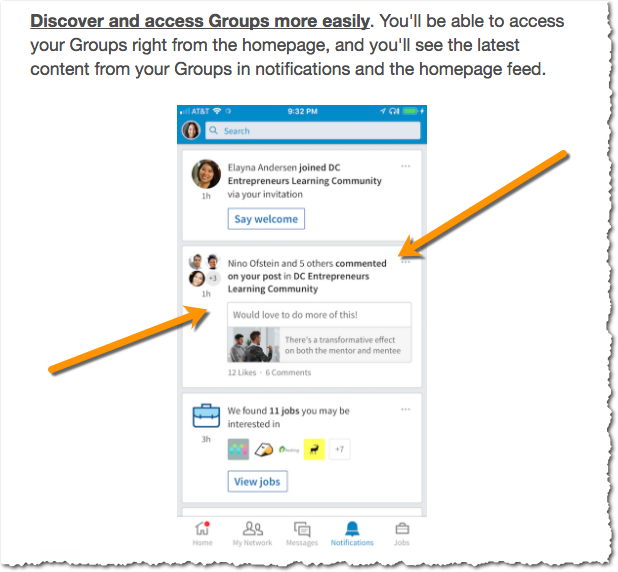 You’ll also be able to “post videos into your groups, @mention the members you want to weigh in, and keep the conversation going by replying to comments.”

This announcement should help reinvigorate groups which had been de-prioritized for some reason. As the owner of 2 groups (Recruiting with Social Media & The Modern Job Hunter) I’m glad they finally realized this but wonder why they gave up on them in the first place. It’s quite the opposite over on Facebook which has a vibrant community of groups and activity that is growing by leaps and bounds.

Groups on LinkedIn haven’t been relevant in a few years now so it remains to be see if they can jumpstart a fading feature. But making them part of the main newsfeed again will certainly help their traffic and activity.