MILL VALLEY, Calif., Feb. 9, 2017 /PRNewswire/ — Glassdoor, the No. 2 job site in the U.S.1, today announced it has introduced estimated salary ranges in job listings to help people instantly know what they could be paid before applying to a job. Using the proprietary data science algorithm fueling Glassdoor’s salary estimates, Glassdoor estimates the value of the 5.1 million unfilled jobs advertised online in America is more than $272 billion. 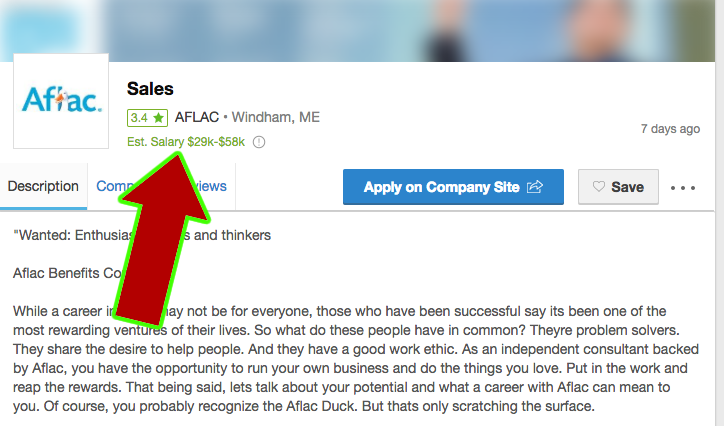 While seven in 10 (68 percent) people report that salary and compensation are among their top considerations before accepting a job2, less than one in 10 online job listings include pay data in the job description³. Base salary estimates in job listings on Glassdoor are now viewable in job search results for easy reference as well as in the detailed job descriptions.

“Job seekers consistently report that they want more pay information before applying to a job. They don’t want to waste time applying and interviewing for jobs that don’t meet their needs and expectations. We believe salary estimates in job listings will better match the right people with the right employers by removing the guesswork that surrounds pay when applying to a job,” said Heather Gordon Friedland, Glassdoor chief product officer. “Employers benefit too, as salary estimates in job listings will help them recruit and attract talent as it will drive even more interest to their job listings on Glassdoor.”

Salary estimates in job listings come on the heels of Know Your Worth by Glassdoor, a free tool to help people understand if they are being paid fairly by calculating one’s real-time worth in a specific job market. The personal pay data generated helps people determine if they should attempt to negotiate their current salaries and/or explore better paying jobs.

In addition to including salary estimates in job listings, Glassdoor has also uncovered the potential economic impact these open jobs carry. With approximately 5.1 million open jobs posted online in the U.S., Glassdoor has used its proprietary algorithm to calculate the total value of these unfilled jobs is more than $272 billion4.

“Filling open jobs doesn’t just help workers. It also helps companies and the broader economy. Every job that’s open is money left on the table, in the form of lost productivity for employers and earnings in consumers’ pockets,” said Dr. Andrew Chamberlain, Glassdoor chief economist. “When more open jobs are filled with the right people, economic gains include greater business productivity and consumer spending, thanks to more people earning wages, then saving, investing and spending those wages.”