Ban the box laws that remove the box on applications that job applicants are asked to check if they have a criminal record are now more the rule than the exception for Human Resources professionals when screening applicants. As of March 2018, 30 states and more than 150 cities and counties have ban the box laws, according to the National Employment Law Project (NELP). 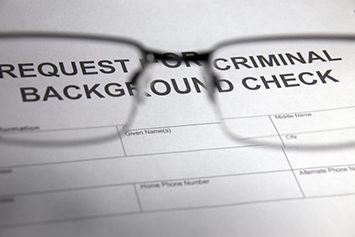 What is the Purpose of Ban the Box?

The purpose of ban the box is to give applicants with criminal records a fair shot at obtaining employment. By removing the criminal history question, ban the box advocates claim that applicants will not be automatically excluded from consideration for a job because of their past mistakes and can be judged on their knowledge, skills, abilities, and qualifications for the job.

By giving ex-offenders with criminal records a fair chance at employment, the argument is that all Americans benefit since ban the box laws remove barriers for employment for ex-offenders and lowers “recidivism”—the tendency of ex-offenders to reoffend—allowing the country to spend more resources on schools and hospitals and less on prisons and law enforcement.

In some states and counties, ban the box has morphed into a more extensive “fair chance” hiring process that may dictate not only when an employer may ask about a criminal record but also place other duties on employers, such as processes to consider criminal records and notifications to an applicant.

What Does the EEOC Think of Ban the Box?

The U.S. Equal Employment Opportunity Commission (EEOC)—the agency responsible for enforcing federal laws prohibiting employment discrimination—also endorsed a ban the box approach for private employers in its “Enforcement Guidance on the Consideration of Arrest and Conviction Records in Employment Decisions Under Title VII of the Civil Rights Act of 1964.”

According to the EEOC: “As a best practice, and consistent with applicable laws, the Commission recommends that employers not ask about convictions on job applications and that, if and when they make such inquiries, the inquiries be limited to convictions for which exclusion would be job related for the position in question and consistent with business necessity.”

How Many People are Potentially Affected by Ban the Box Laws?

The post Ban the Box Now: More the Rule than Exception when Screening appeared first on HR Daily Advisor.